Y’all didn’t think I’d start a blog without writing about Hotlanta, did you?? I lived in Atlanta for four years, which may not sound like a long time but in your early 20s, four years is long enough to lay your roots down for adulthood. I spent my youth partly in the plains of Illinois, partly in the suburbs of Nashville, and partly in the hills of East Tennessee before finally situating myself in the metropolitan area of Atlanta which I now identify with as home.

Like any big city, Atlanta can be loved and hated. Personally, I loved my time there but I can also see the disdain specifically for those who are only passing through and having to deal with the nightmare that is traffic. But on the flipside, those who love Atlanta love it for its character, diversity, and the Southern hustle (which is 5 paces slower than the New York hustle). Atlanta has garnered a lot of attention lately as the Falcons look to make history this Sunday against the Green Bay Packers, and as citizens defended their beloved 5th District and civil rights icon Rep. John Lewis after the twitter tirade from he who shall not be named. Gone with the Wind was written by a native Atlantan and the city is home to The Walking Dead, among many other TV shows and movies. The airport is the busiest in the world and there are one too many streets designated as “Peachtree.” And can I get a “hell yea” for Usher, Ludacris, T.I., Andre 3000, Big Boi, Gucci Mane, Young Jeezy, Jermaine Dupri and Lil Jon? It’s no wonder the city has been labeled the center of gravity for hip hop. Atlanta is also a booming tech center with some of the best and brightest laying foundation in the city after having attended one of the many major education centers such as Georgia Tech and Emory. Additionally, the city is a huge creative hub for musicians, photographers, artists and the like (see the street art project defining the movement: The Outerspace Project). There is no doubt that ATL is on the rise.

One of my favorite and highly recommended places to visit in Atlanta is the (still new) Ponce City Market and its food hall. The place literally has everything you could ever want and desire including infamous burgers, zesty Italian dishes, steaming bowls of ramen, pop-tails (popsicles + cocktails), rich gelato, eggscellent avocado toast, chicken sandwiches to rival Chick-fil-a and so much more. It’s a historical building in a historical neighborhood, and it is a must see if you’re visiting. And don’t forget to head up to the roof to catch city views and take in the amusements of a kid in the mini carnival-esque Skyline Park. 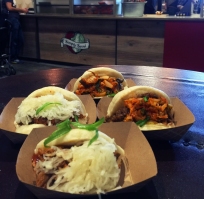 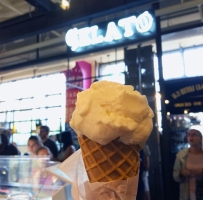 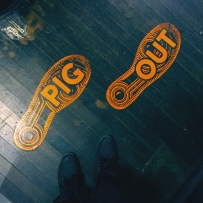 Taco Tuesday & Wine Wednesday are on repeat within the Barteca establishments. Fortunately, I lived next to both bartaco and Barcelona Wine Bar in my former neighborhood, Inman Park. When Barcelona first opened in Atlanta (conveniently down the street from my apartment), it was the first expansion outside of its home state of Connecticut and the restaurant opend as one of the hottest places to dine in town. Needless to say it was all the rage. Bartaco followed suit a couple years later and saw a continuous stream of patrons as well. After much success, Atlanta is now home to two Barcelona Wine Bars & three bartacos, and Barteca doesn’t show any sign of slowing down growth either. If you live in DC, Nashville, Tampa and soon Philadelphia, consider yourself #blessed.

If you haven’t guessed it by now, Barcelona Wine Bar offers Spanish-style tapas and wine from Spain. We went to Barcelona so much that I felt the need to put Spain lower on my “must travel to this country in Europe list” as I received all of the country’s best culinary experiences in my backyard. Bartaco has a more relaxed atmosphere that makes you feel like you are on a coastal vacation. The restaurant offers street-style Mexican food and fresh margaritas made from scratch, no mix involved here! I highly recommend you take time to eat a both establishments if you live or are visiting a town in which a Barteca restaurant has laid its bricks. 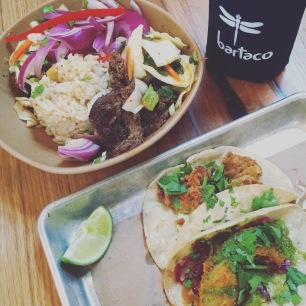 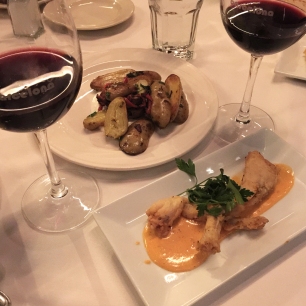 3. Getting into a Little Trouble

Sometimes my friends and I can stir up some chaos while frolicking around this city, but I’m talking food here. Little Trouble is situated in West Midtown and you can’t miss the glow of the Blade Runner inspired neon lights protruding from the lower level of the mixed-use development it resides in. The cocktails are superb here and the Asian-inspired food menu offers up some amazing items to snack on. The menu rotates seasonally but you can always find a variation of dumplings, buns and ramen. And you can’t leave without a photo in front of the infamous neons – pic or it didn’t happen! 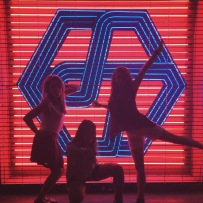 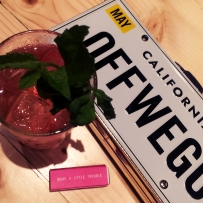 While Atlanta is not a coastal city and doesn’t lay claim to such entities such as wild-caught salmon in Seattle, lobster rolls in Maine or oysters from the Gulf, it still has a boasting scene for seafood. Ford Fry has spearheaded the charge with restaurants such as The Optimist and Beetle Cat, but other fan favorites include W.H. Stiles Fishcamp at PCM (aka “Dubs”), Atlanta Fish Market and Lure. I’ll also throw in some casual classics such as Six Feet Under, Fontaine’s and Steamhouse Lounge (which throws a badass Oysterfest every year). I also love the Luminary and Kimball House for their excellent raw bars. 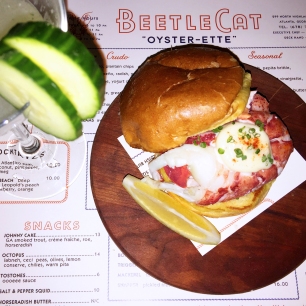 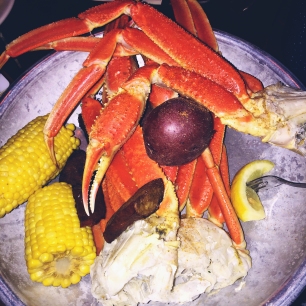 5. Ladybird (and walks with my Lady girl down the Beltline)

Another one of my favorites from my former neighborhood, Inman Park, Ladybird Grove & Mess Hall. Situated right on the city’s walking path, the Atlanta Beltline, Ladybird boasts a huge yard, patio, and beer list. The patio is also pooch-friendly, which is a major plus in my world and worked out perfectly after long walks with my four-legged BFF. The atmosphere is hip and gives off a camp ground social vibe with the long community tables. The burgers are mouthwatering and apparently their Bloody Mary can be considered the fountain of youth. 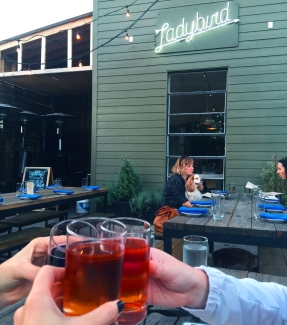 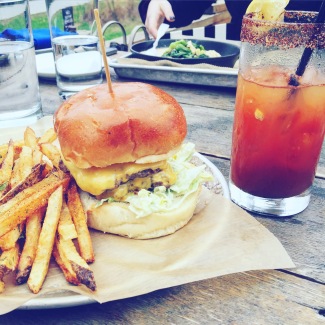 Processed with VSCOcam with c1 preset

Those are my top five, but the list is actually endless. Atlanta is a city full of life, diversity and culture. The people are proud of their city and proud to call it home. Hopefully you will be just as proud to visit; and when you do, please feel free to reach out for recommendations.

Peace up, ATL down.

One thought on “#FILA: Forever I Love Atlanta”