Now that the dust has settled off from my move cross-country, it’s about time I posted about said move and my new home (apologies for the two-month writing drought). Earlier this year I moved to West Hartford, CT for work, and while I didn’t know much about the area or the Pioneer Valley, I knew was excited to live in the New England area.

Most of what I knew of New England previously was from visits to New York City and Boston or from various movies like Sex and the City, Little Women and When Harry Met Sally. I knew that the lifestyle was more active and you could conveniently get places in a matter of hours via car or train.  I also knew the seafood was wicked good, road rage was essentially born here and college hoops trump college football. But what I didn’t know was how much I would actually come to enjoy living in Connecticut – even in the winter months.

It helped that I have found myself a cute little apartment, a charming neighborhood and that I had a friend here (shout out to my girl Jenny!), but in the end I have also found a steady routine, awesome restaurants and a circle of people to lean on.

Check out some of my New England adventures and favorite restaurants below:

So this isn’t my first foray with the Barteca family (restaurant group of Barcelona Wine Bar & Bartaco). In Atlanta, I was privileged to live across the street from the first non-New England location of Barcelona in Inman Park, and watched as the city grew to sprout another location on the Westside and three Bartaco locations. When I realized I was moving to the home of Barteca, I knew I had to position myself nearby. And that I did! Barcelona and Bartaco are once again within walking distance, and I have become a frequent diner & drinker (#sorrynotsorry). 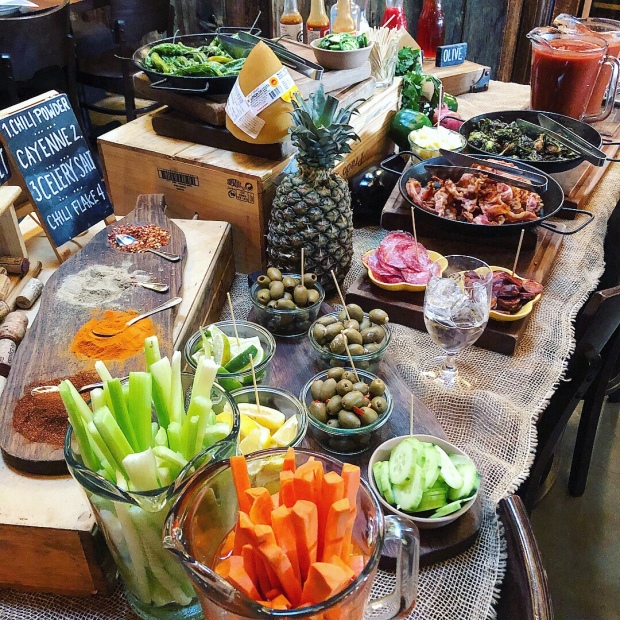 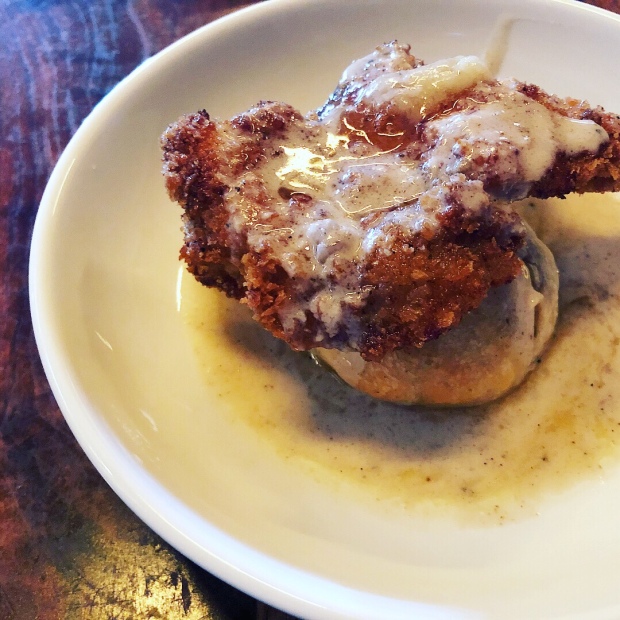 Far East Cuisine that is Far Out

One thing I was pleasantly surprised to find in Central Connecticut was the plethora of very good and very authentic Asian cuisine. Hell, my mom and I even found an Asian market to stock up on all the bean sprouts, baby bok choy and BBQ pork I could ever dream of. In my first week here, we went to Han’s Restaurant for hot pot and Seoul BBQ for Korean BBQ. Both were pretty fantastic. 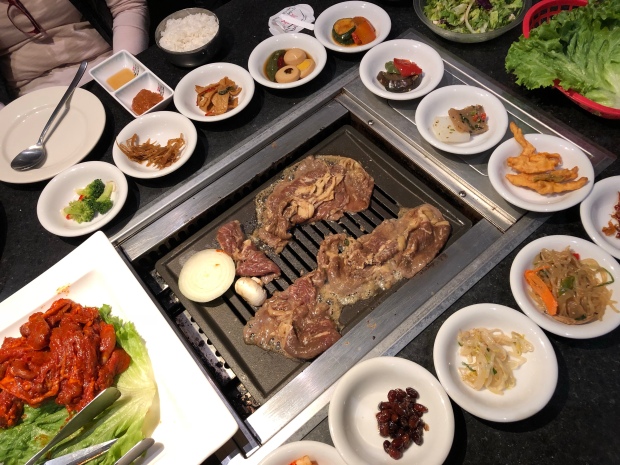 Needless to say, Chinese food is my comfort food. I usually ask for Chinese cuisine over a turkey at any holiday. Lucky for me, I have found take-out Chinese heaven a matter of blocks away – Black Bamboo. BB has nailed the concept of delicious take-out, and I am not ashamed to say that I get a dinner special & lo mein at least once a week.

Fun fact: apparently the burger was claimed to have been invented in Connecticut. I hear a couple places south in New Haven hold that title … but until my adventures take me down to the OG burger joints, I will happily taste all of those locations that followed suit by serving burgers in Hartford. One can never go wrong with Plan B Burger Bar (aka – your new Plan A) and Max’s Burger Bar. Both boast a large selection of burgers, sides and beer. However, Plan B may have won my heart since they began carrying Sweetwater on their draught beer roster. Lastly, shout out to the brunch burger at Butchers & Baker – you’ve miraculously made many hangovers disappear. 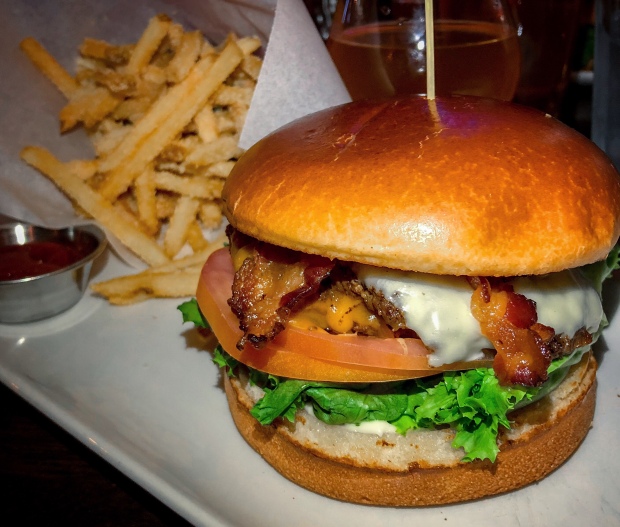 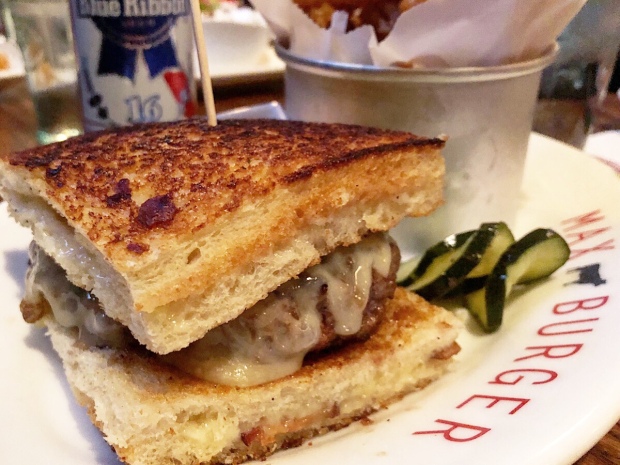 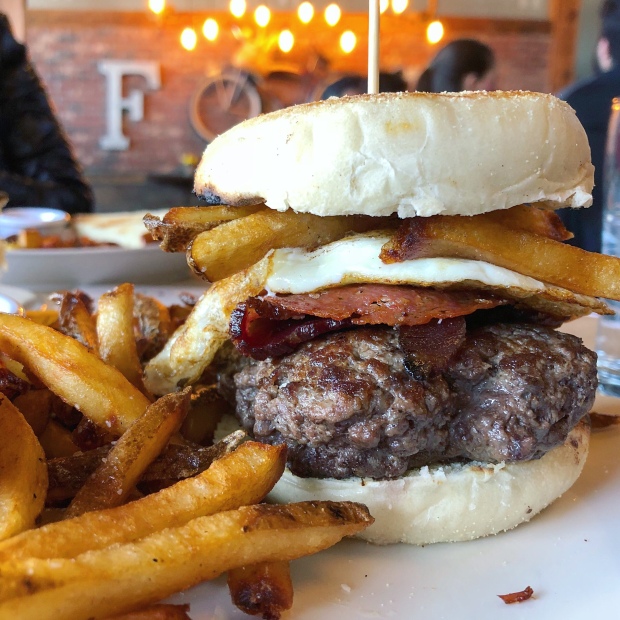 A Toast to Breakfast

Let’s get down to the basics of being basic. Two words – avocado toast. Luckily Hartford Baking Company has one that will break your heart it’s so good but it won’t break your bank. They also have killer breakfast burritos & a smoked salmon toast. 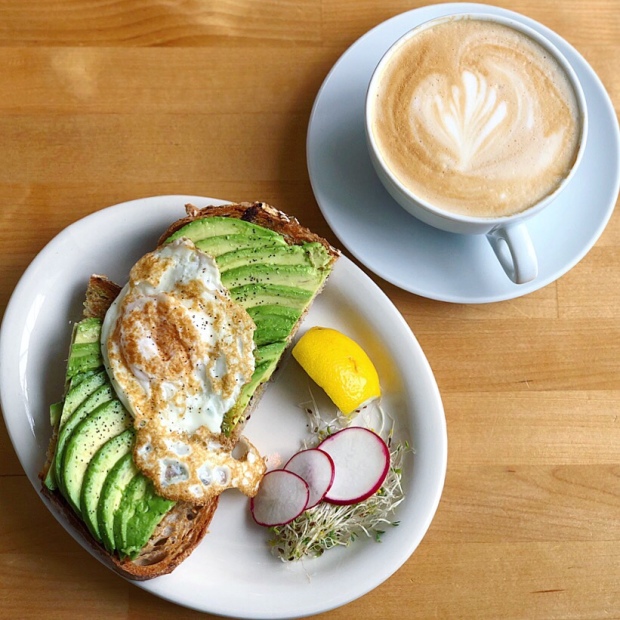 But move aside AT, a new kid is in town and it’s called burrata toast. We found a heavenly spot in Westport serving up creamy burrata on French bread. Terrain Garden Cafe may also be the cutest spot east of the Mississippi and I will certainly be fantasizing over their burrata toast until I go again.

If someone were to ask me what my favorite part of living in the North East has been, I could quickly say the proximity to everything. Boston is just a couple hours north east, New York City is a couple hours south, the mountains of Vermont are an easy drive north and the beaches are so close I can feel the salt in the air (okay maybe not that close, but still very close). So far I’ve been afforded the time to take two ski trips in Vermont and travel the southern coastline towns of Norwalk, Westport and West Haven. In the near future (and with warmer weather) you can likely find me trolling through Boston, Newport, the cape and NYC.

So cheers to Connecticut, cheers to New England and cheers to all the adventures to come. Hope you will follow along!

One thought on “New Beginnings in New England”